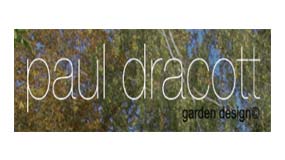 After studying for several years at London’s Capel Manor College, Paul Dracott graduated in garden design and construction in 1996.  A year later he moved to Cambridge to start his design career.

“After working in restaurants in London and East Anglia, I decided I wanted a career that was more conducive to family life. I had always been a keen gardener so I enrolled on an NVQ in Horticulture at Capel Manor. After studying for my RHS Certificate I decided to specialise in Garden Design and Construction. After a further two years of study I graduated as best student in both categories.”

Paul worked as freelance designer in Cambridge whilst continuing his studies at the college. After completing numerous projects he was accepted as a full member of the Society of Garden Designers, one of only three in the region.

“Membership of the Society means my work has been vetted and considered to be of the highest standard. I am obliged to work to their ethical and professional standards and receive support and training which contributes to my Continuous Professional Development.”

Paul Dracott has won many awards and medals for his garden designs and has a permanent garden built at RHS Wisley. He also had a garden ‘The Exoskeleton’ built at conceptual garden design show Future Gardens at Butterflyworld. He is also now writing a book on Hardlandscpe for Packard Publishing.

“Gardens are my passion. I love visiting gardens and investigating new ideas and ways of planting. I consider each project however large or small, a challenge and hope my passion for gardens is clear in each completed project.”

How do you rate this Company? *

Send your Queries by filling in the form below or Sign in for quick enquiry.

Sign up for our newsletters to get the latest deals, styles and fantastic work that is going on in your area.
We just need your email and city.

Local Interiors has been designed around you and your home. Our team of experts have worked tirelessly to bring you the best interior retailers from your local area...

Send your queries at: